Street Art: The Not So Controversial Independent Visual Art 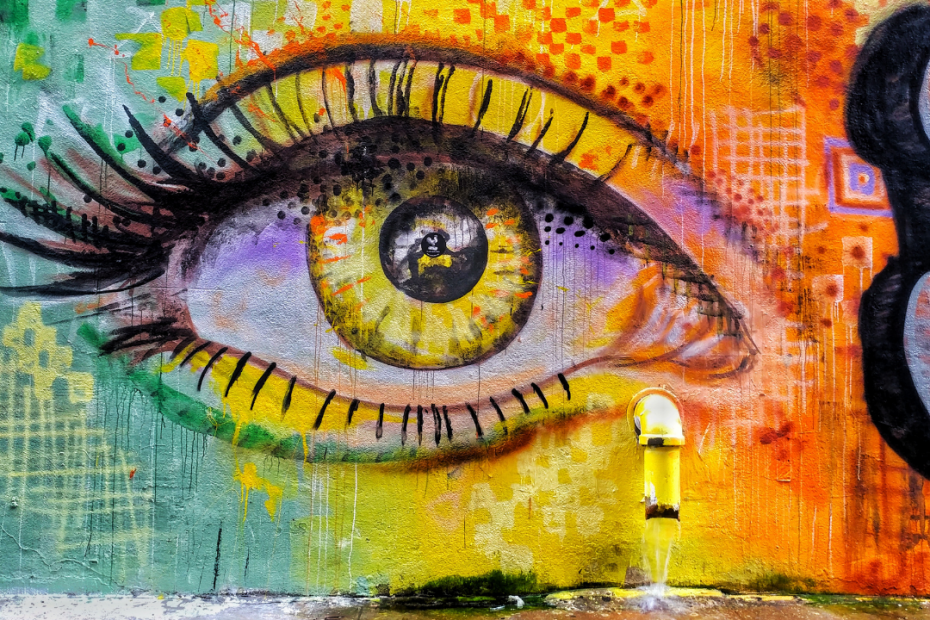 We live in a world where physical art is getting overshadowed by digital art. However, there is a niche for art that is created on the streets. If you’ve ever traveled to an urban area, you’ve probably come across street art.

Street art is the art of the streets which can be seen in streets, public places, abandoned buildings, and freight trains. The term has also been used to describe graffiti art, the act of marking surfaces with graffiti. Street art is considered a form of visual art that can appear in public spaces.

The word “street” or “urban” is often used to refer to a culture or subculture that revolves around the often illegal practice of writing or displaying words or images on the street or walls of a city. Street art is commonly practiced in public spaces (although private property is also used), legally or illegally. This practice is called wall art, urban art, graffiti, or street vandalism depending on the context.

The best street art is often temporary, created quickly with spray paint and wheat paste. Meant to be seen and appreciated by a large audience, street art is a great way to get your art noticed by a large number of people. It’s not all murals on buildings, though, and sometimes it’s a single wall with a stencil or a piece of tape. The idea is to make a statement and get a reaction. The best street art is often controversial, but that’s what makes it so interesting.

Street Art – Legal or Not?

Finding a place to showcase your work is often a challenge for many artists. Some showcase their work with the permission of galleries and museums. Others work in the shadows of society. Street art is meant to be in the public eye, but not all cities tolerate it.

We love street art and are saddened by the fact that many cities forbid it. Sure, it can be dangerous and make the city look terrible, but it can also be beautiful, and it’s a powerful outlet for artists. So, we did a little research to find the cities that have outlawed graffiti.  While there are cities that are against it, the good news is that there are some that are reconsidering their stance on street art, and some are even embracing it. (For example, in 2012, a Banksy mural was removed from a wall in the city of Toronto, even though it was loved by many and a tourist attraction for the area.)

There is a lot of art that takes place outside of the traditional gallery setting. There is graffiti, which is perhaps the most well-known form of street art. There is also stencil art, which is a type of graffiti that uses reusable, pre-cut stencils to create the art rather than spray paint. (Most street artists create their stencils, but some companies sell pre-made stencils.) Street art can also take the form of installations, in which the art is created in a public space without the permission of the city.

Banksy – The “Not So” Controversial Street Artist

For those who aren’t familiar with the term, street art is the work of artists who exhibit their work in public places rather than in galleries. Street art can take many forms, but words and images are among the most common. While many street artists are anonymous or work under pseudonyms, others, such as Banksy, are well known for their work. Banksy’s signature style is to make his street pieces a commentary on what he sees as problems in society. Some of his most famous pieces include the well-known “girl with the balloon,” which criticizes the consumer culture of the West and its obsession with material possessions.

Banksy is one of the world’s most famous street artists, and his identity is still a big mystery. He started to make his name in the early 1990s when he began to appear on buildings around Bristol and London. He has been featured in many documentaries, including Exit Through the Gift Shop. He was nominated for an Oscar award for his film Exit Through The Gift Shop, and in 2010 was named Britain’s richest artist under 30. In 2008, Banksy began beaming a live video feed from a camera embedded in his hat. On his website, he announced that he had volunteered for one week as an undercover garbage collector to expose the reality of the life of workers of the Val de Travers community.