The Different Types of Art 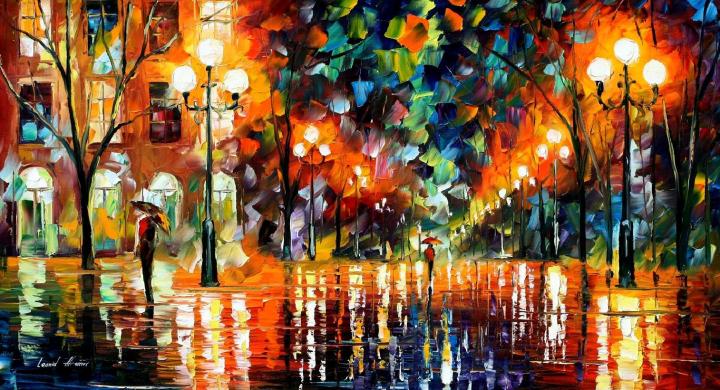 Art comes in many different forms, from drawings to paintings, to sculptures. It can be found displayed in people’s homes, in art galleries, down high streets, and in fields. This article will explore some of those mediums and their popularity.

Most drawings, or sketches that an artist produces, will be in either charcoal or pencil. Charcoal is a light, black carbon residue that is manufactured from heating wood where there is minimal oxygen so that all the water and other volatile constituents are removed. Graphite pencils range in hardness from H, which is hard, to B which stands for Bold and means that it has a soft lead. Most writing pencils will be HB, as this strikes a happy medium. From an artist’s point of view, a harder pencil is good for a sharp outline, whereas the softer ones are useful for shading. Artists will use shading to represent areas that are dark as opposed to light in constructing a face or portrait.

Charcoal drawing was in common use during the 16th century, reaching its height in 17th-century works by the likes of Claude Lorrain, Nicolas Poussin, Rembrandt, and a variety of Italian artists.

The oldest painting has been estimated at over 40,000 years old and can be found as a red disk that has been painted on the wall of a cave in El Castillo Cave in Spain. The most sought-after paintings in today’s market will generally be those painted in oils. It is a medium of art which consists of pigments that are suspended within drying oils. All the great masters painted in this medium, from Leonardo da Vinci to Vincent van Gogh. Oil paints have been around longer than acrylics. Acrylics have only been used for approximately a century, whereas oils have been about for more than 500 years.

Oil painting is more expensive and so artists will naturally charge more for this medium when selling their paintings. On the one hand, acrylic paints are considered a more user friendly medium because they are simpler to use and require less materials, but on the other hand, difficult to handle for a beginner because of them drying quicker. The fascinating thing about an oil painting is that when looking at it close-up you can see all the brush strokes and heavy ways that the oil has been applied to the surface of the canvas, yet from a distance see a realistic image that could almost be a photograph.

Apart from oils and acrylics, watercolours can also be used. They consist of only pigments and water, as opposed to acrylics that also have a polymer called acrylic mixed in. This gives acrylics a more oil-like texture and makes them the closest thing to oils.

Oil paintings tend to fetch the highest prices at auction but there are examples of watercolours achieving high prices, too. For example, Reclining Woman by Egon Schiele, painted in 1916, fetched 1.96 million, and The Blue Rigi: Lake of Lucerne, Sunrise by Joseph Mallord William Turner, from 1842, sold for $9.9 million.

Paintings do not have to be on canvas. For instance, Banksy, an anonymous street artist, painted one on the side of a house in Bristol and that is worth far more than the house itself. Art can also be temporary, as Banksy demonstrated with his “Girl with a Balloon” painting which appeared to shred itself after being sold at Sotherby’s for $1.4 million. The buyer still agreed to keep it.

Sculptures can be carved or moulded out of various materials such as wood, stone, marble, or clay. Most environmental sculptures are unique and are based on natural events or abstract concepts. Soft materials such as clay can be moulded and then fired in a kiln to harden it, whereas harder materials will be carved with a chisel. British sculptor Sir Antony Gormley OBE, who studied sculpture at the Slade School of Art, was the first to use lead. He has also used iron and concrete for sculptures. Interestingly, for many of the sculptures he will use his own body, working directly from it. Gormley is famous for his Angel of the North public statue that can be seen in Gateshead, England. As a major work of art, it was erected in 1998 after being commission in 1994.

So, many ways to represent or remember something other than photographing it. Before the invention of photography in 1826 by Joseph Nicéphore Niépce this was how it was. Today, we still appreciate art that represents our everyday lives, whether it be a realistic interpretation or an abstract one